Goldspace is an indie game i created myself with the help of some freelancers (mainly writing, art and music).

Explore a dying galaxy in this high-octane, story-driven twin stick shooter. Upgrade your arsenal and gun your way through dynamic, fully destructible environments. Can you find a New Earth?

With an 18,000+ word script, Goldspace features multiple endings and optional missions. Bond with your crew, negotiate with rogue opportunists, and discover the dark truth behind your mission.

Take your pick of weapons as you torch, freeze, or blast your own way through 40+ enemy types. Cause reactive destruction by burning fuel, setting off alarms, damaging engines, and more.

Fly your ship where you want to go, whether that means targeting alien outposts, wealthy merchant ships, or derelict wrecks. Upon arrival, explore immense levels with secrets and multiple routes to each goal.

Get the soundtrack if you want to support it.

Join the community to get the latest updates:

I started fully working on the game in 2017 after having worked on the engine and prototype already in 2014 pausing on producing a new album.

I teamed up with Hershall Cook in 2017 to implement an exciting story based on a story vision i had which is the framework for the level design and narrative design. Hershall describes himself as “a writer, game designer, and generally weird person from Milwaukee, WI” and is a fantastic person to work with. Check out his Twitter to follow his other projects.

By the year 3050, humanity depleted Earth’s natural resources. Hardscrabble soil led to famine, and elevated regions became uninhabitable as oxygen levels continued to drop. When aquifers withered away, wealthy countries learned to melt the ice caps for drinkable water, but their overzealous efforts led to flooding that devastated island nations.

It wasn’t the apocalypse, but it was close. Scientists predicted a societal collapse within two centuries and the end of humanity within the millennium.

In a flurry of activity, world leaders instituted a program aimed at discovering a new habitable planet. Space shuttles launched into space, each equipped with a team of twenty. Each team was promised unimaginable wealth should they find a new planet on which humans could live. 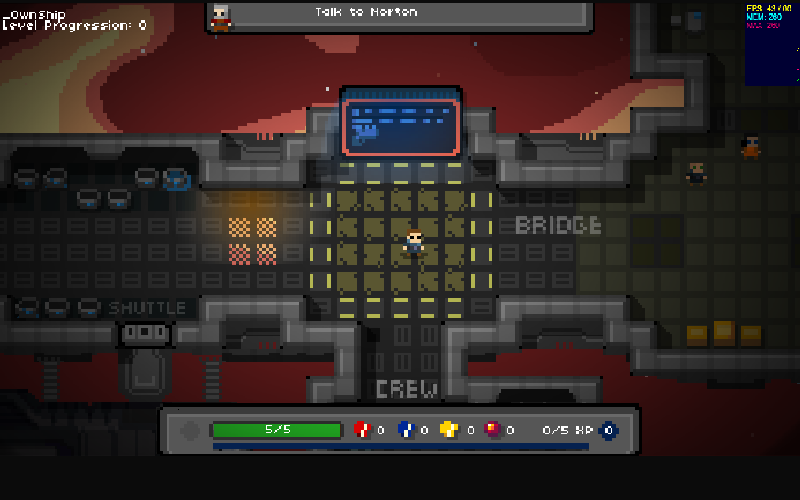